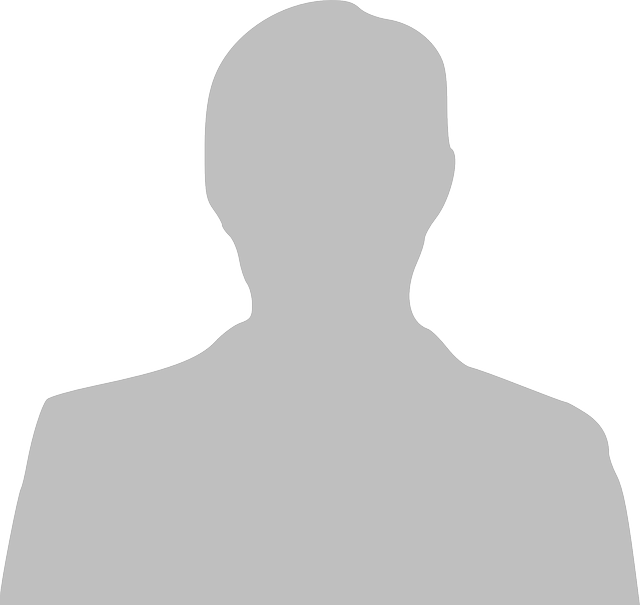 Gotta Stitch Em All A Stitch Too Far

You’re a long way from Pallet Town now, your adventure has seen you stitch some tough opponents. Some rare pokémon are beginning to appear, and one that’s particular elusive has just shown up. The tasty leek is a mere bonus! 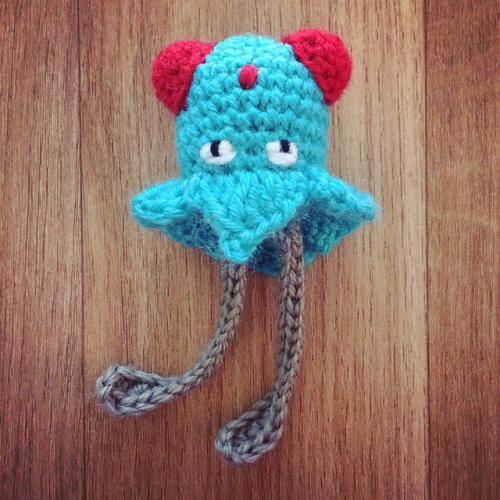 Never something you want to meet in the middle of the ocean, Tentacool has a nasty sting. Handle with care as the jellyfish pokémon is notoriously aggressive and won’t hesitate to attack. 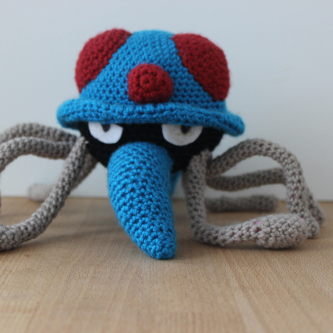 If you felt Tentacool was bad then Tentacruel will completely immobilise you. The jellyfish pokémon is everything you feared about the ocean; big, aggressive, and with large tentacles. Be careful near this beast. 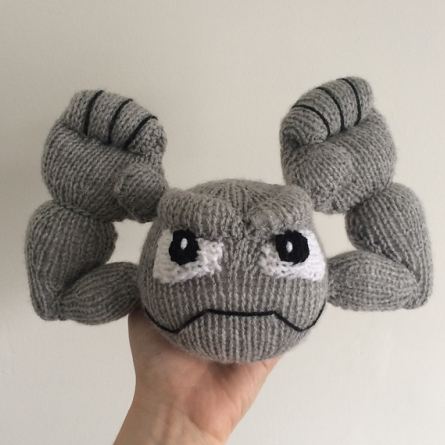 On your trips through the mountains, it’s quite easy to trip on a rock. Unfortunately, a lot of the time it will be one these dudes, and they will be quite annoyed by your disturbance. Luckily, your Geodude amigurumi doll will be much softer! 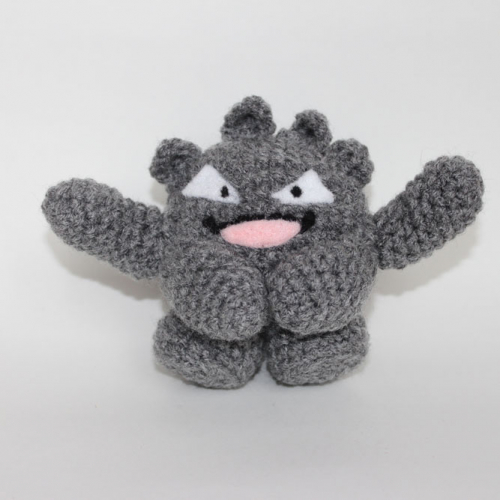 On the other side of the mountain, these guys are rolling down creating quite a hazard. Graveler is definitely best stitched at a distance, not because it’s inherently aggressive, but because getting trampled by a rolling pokémon might be quite dangerous.

Golem has a habit of blowing itself up. Quite the explosion from a distance by not something you would want to get caught up in. This one is going to be tricky to get close to for an easy stitch. All your previous experience on Geodude and Graveler will be needed! 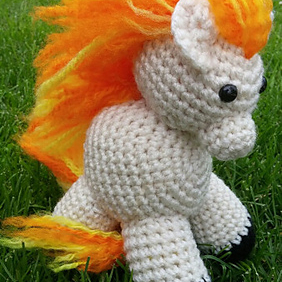 Its hooves are ten times harder than diamond and will flatten anything in its gallop. However, Ponyta is quite the gentle pokémon by nature, a great opportunity for the stitcher to take some time and make a new friend. 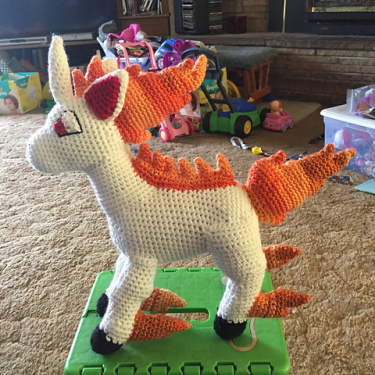 Rapidash is one of the fastest pokémon in the franchise. It’s so quick, it is said at full gallop its hooves don’t even touch the floor. Catching up with the fire horse pokémon might be a problem, however, befriend it and you might have more luck. 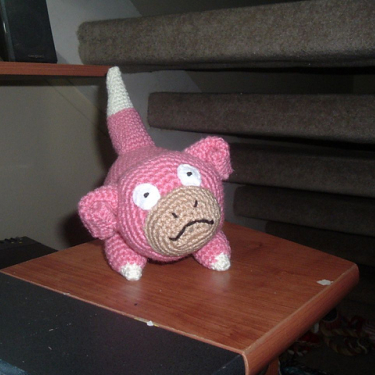 Incredibly slow and dopey, Slowpoke can take up to five seconds to feel pain. This will be one of the easier stitches to make as the dopey pokémon barely moves, nor will it be particularly aware of your presence. Take all the time you need! 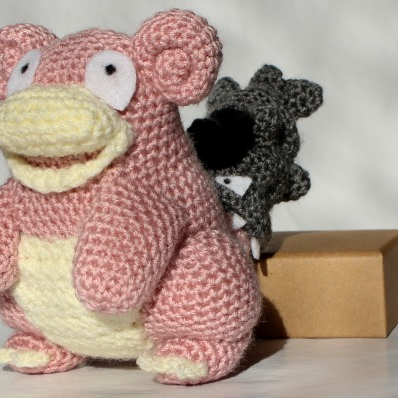 When a Shellder bites the tail of the Slowpoke, it becomes this peculiar beast. Slowbro now has to reluctantly venture out to sea to find food now its tail can’t be used as a fishing rod. While rare, when you find the hermit crab pokémon, it’ll be a patient stitch. 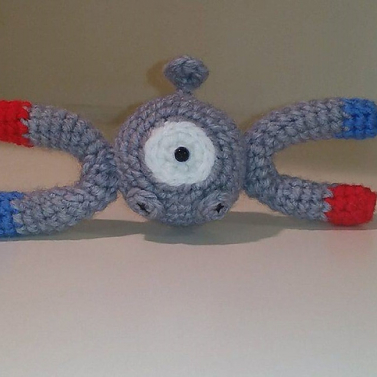 A curious, mechanical pokémon that feeds on electricity, Magnemite can cause some problems if your tone is a little confrontational. Avoid the battle and stitch this pokémon while it grazes on a few volts. 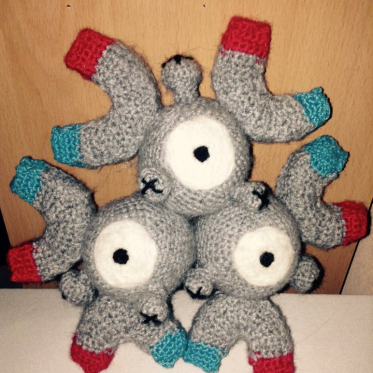 When sunspots flare up, Magnemite combine together and form this mechanical beast. Magneton can generate strange radio signals that raise the temperature in the local area. If you mastered Magnemite then you just need to stitch another two to get yourself a Magneton. They say to speak softly and carry a large stick… or at least a delicious leek. Farfetch’d is incredibly rare due to being delicious, and as such, if you encounter one don’t miss the opportunity. Another one might never come by again. 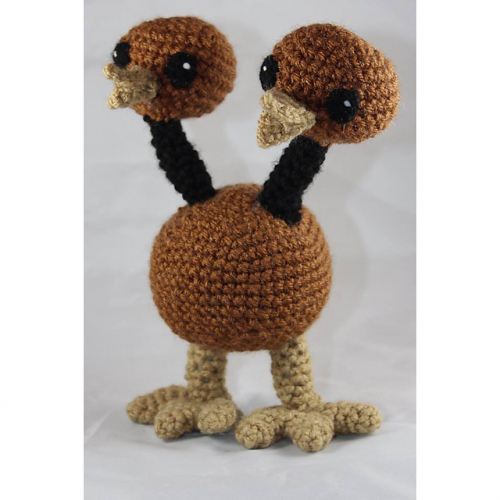 A flying type pokémon that can’t actually fly… but can learn the move fly anyway. Doduo is incredibly fast and is able to jump so high that it could appear to be flying. Catching up with this one to stitch it could become a difficult challenge. 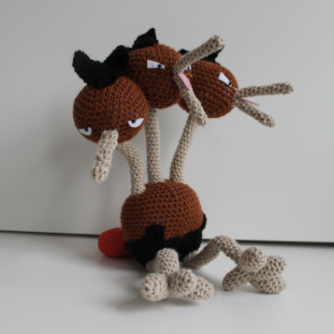 It uses its three heads to hatch complex plans. While two heads sleep, one head always stays awake. Dodrio is even quicker than Doduo, with far superior agility. If you managed to catch up with Doduo, this one could still be a stitch too far.

Are you flying through those crochet hooks and need a more reliable companion for your amigurumi? Find your master hook by clicking here.